Polk Bros Park is dedicated to Chicagoans everywhere: to all those who dream, dare, work together, and build a better life, not only for themselves but for their community and for generations to come. Through them—and through the work of the Polk Bros. Foundation—the Polk family and its entrepreneurial and philanthropic spirit live on.

Polk Bros Fountain and Plaza at the entry point of the Pier features a dramatic, 12,500-square-foot signature fountain in warm weather with more than 150 programmable jets that mimic the natural movements of waves, schools of fish or flocks of birds. In the coming winters, the fountain will convert to an ice rink, encouraging year-round activity in the large outdoor space. 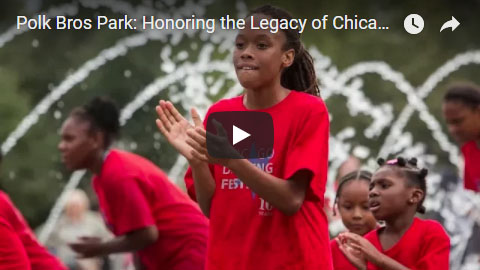 Polk Bros Performance Lawns include two magnificent new performance spaces to host live arts and culture events against the backdrops of the lake and spectacular Chicago skyline.  Through a new and comprehensive arts and culture plan, Navy Pier engages Chicago’s arts organizations in creating programming designed to appeal to the city’s economically, racially and culturally diverse residents, including Chicago public school students and their families, making it a highly sought-after destination for enjoying arts and culture in the city.

On the evening of Saturday, July 23, 2016, Navy Pier proudly and officially dedicated the new Polk Bros Fountain and Plaza in Polk Bros Park at the gateway to historic Navy Pier. Polk Bros Park is named in honor of the Polk Family, who generously provided a gift of $20 million in 2014 for the complete re-imagination of the 13-acre park at the Pier’s west entrance. This was a major legacy gift from the Polk Family, the largest gift ever given by the family to one nonprofit and the largest gift ever received by Navy Pier, one that has had a truly transformative impact on this beloved Chicago landmark.

That gift, which came via the Polk Bros. Foundation, along with additional programming support in 2015 and 2016, has allowed Navy Pier to transform and redefine itself and its mission, both physically and programmatically, as it begins its second century of serving nearly nine million guests annually.

The physical changes to Navy Pier from the Polk Bros. Foundation gift include a beautiful new park and interactive green space at the entrance to the Pier. Features include the new seasonal Polk Bros Fountain and Plaza and the under construction new Polk Bros Performance Lawns on the southern end of Polk Bros Park. The programmatic changes to Navy Pier from the gift include a bold, new cultural and community programming initiative being developed through a collaboration involving more than 100 leading civic and community-based institutions. That initiative will allow the pier to provide enhanced arts, cultural and community programming that will engage, inspire and educate the city’s economically, racially and culturally diverse residents and guests.

Polk Family Commemoration: Meet Me at the “P” 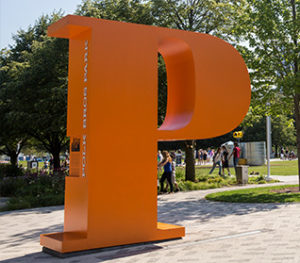 The Polk family—siblings Sol, Morris, Goldie, Sam, David and Harry— changed the course of American retail, the face of Chicago’s neighborhoods, and the everyday lives of Chicago’s working families. From 1935 to 1992, the Polk Bros chain of appliance and furniture stores put luxury and convenience within reach, offering discounted prices on essential household goods and strengthening the economic base on which vibrant communities depend. In the process, what began as a single store in Portage Park, opened by the sons of Eastern European immigrants, became a Chicago institution: a vital fixture in 17 neighborhoods and the most successful Chicago retailer that never opened a store downtown.

Kym Abrams has been the creative director of Kym Abrams Design for over 25 years. Kym has been featured in Communications Arts magazine and received the first Woman of the Year award from Women in Design/Chicago. She has served as a board member of the American Institute of Graphic Arts and as advisor to the School of the Art Institute of Chicago. She served as a judge for Communication Arts national Design Annual and is a frequent contributor to national design publications. She and her staff have worked with market leaders to create, launch and refresh effective, integrated brands. Kym holds a BFA from the University of Illinois at Champaign-Urbana. 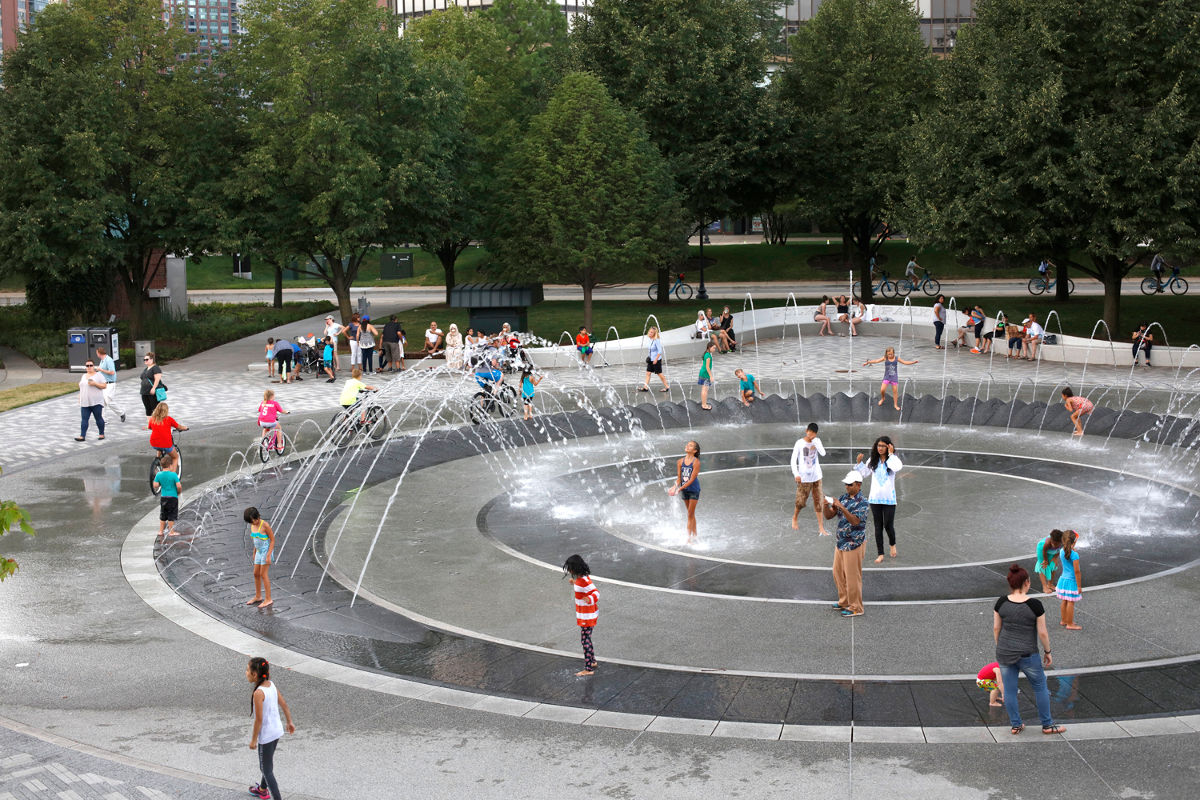 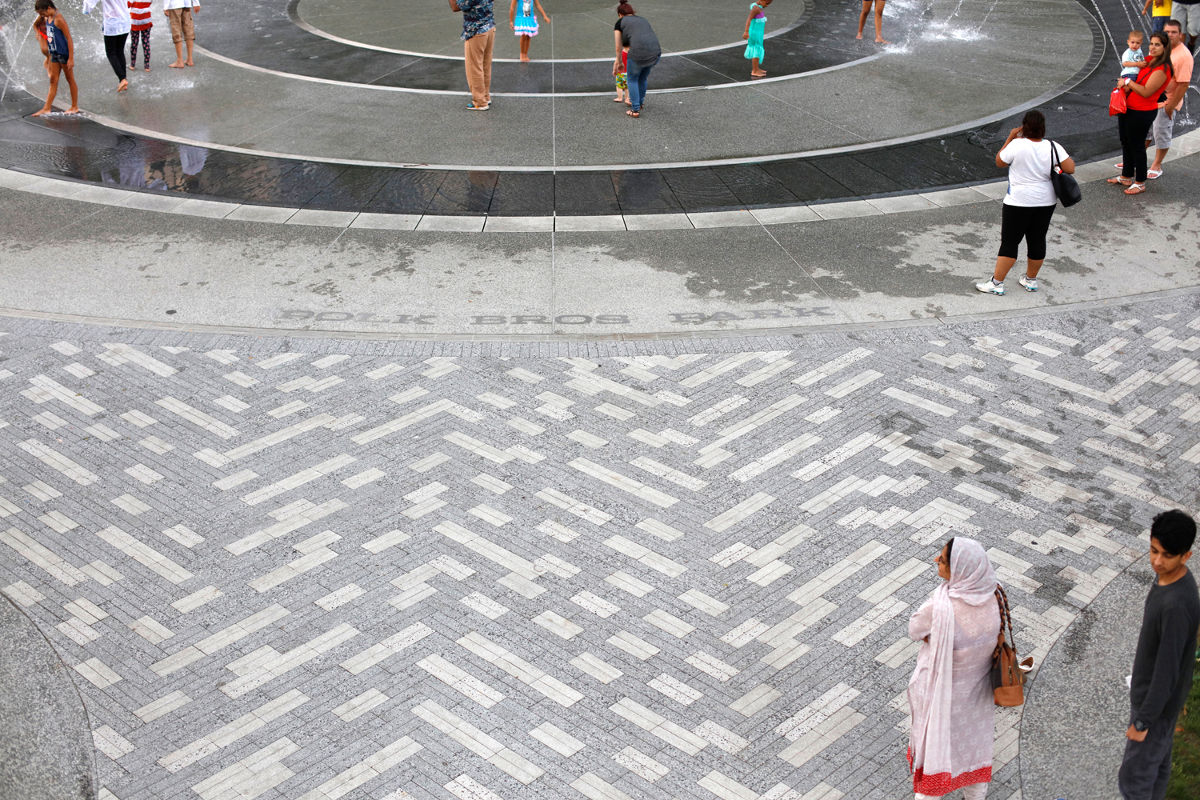 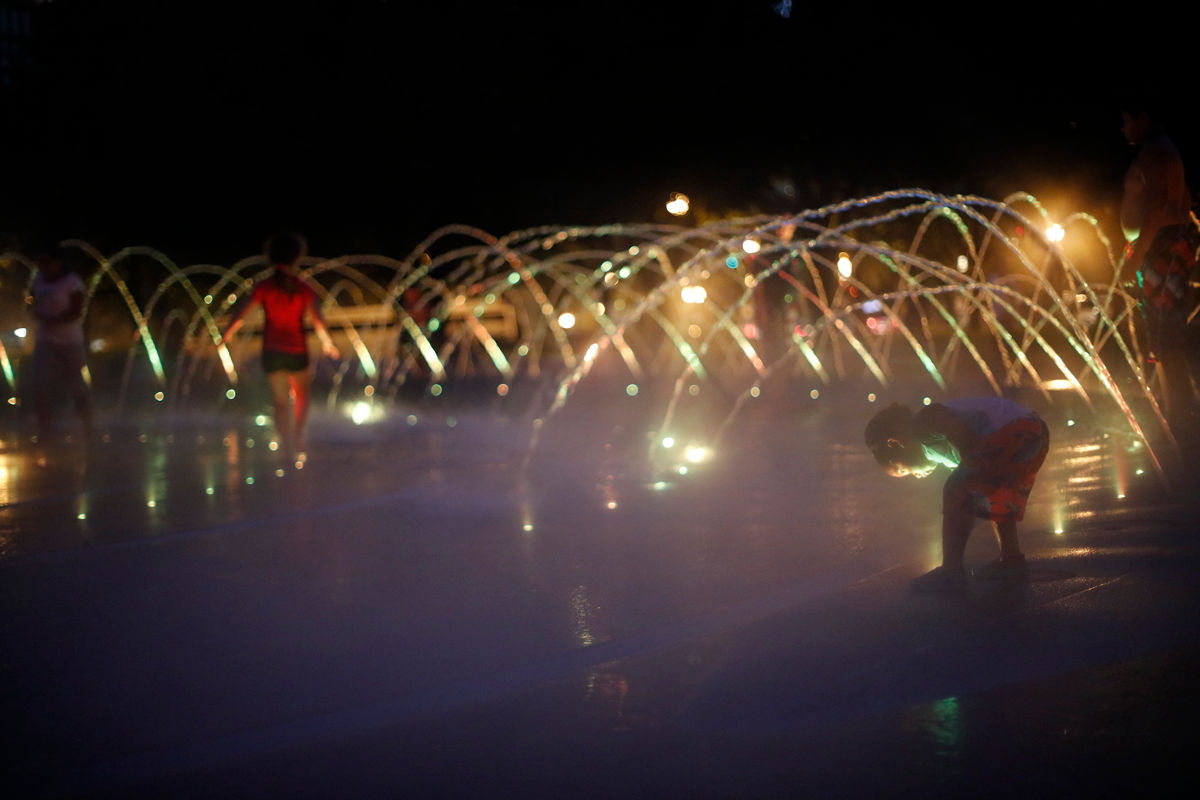 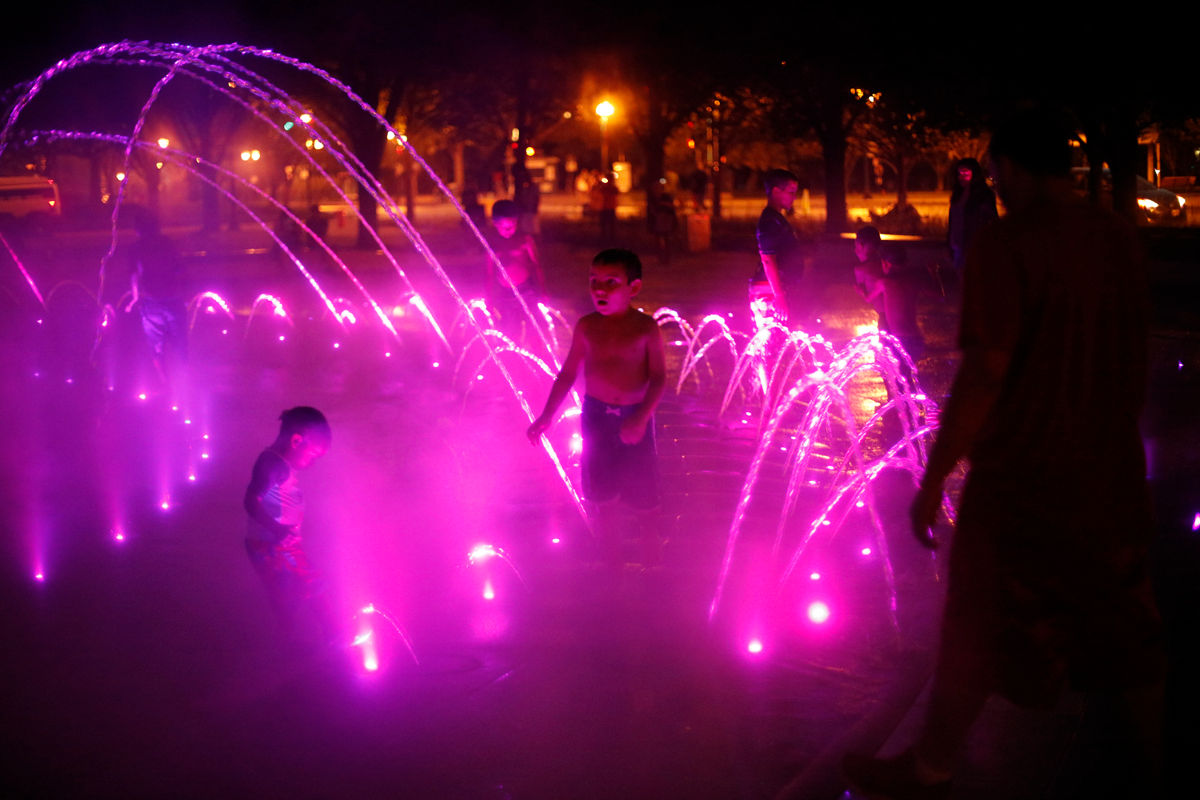 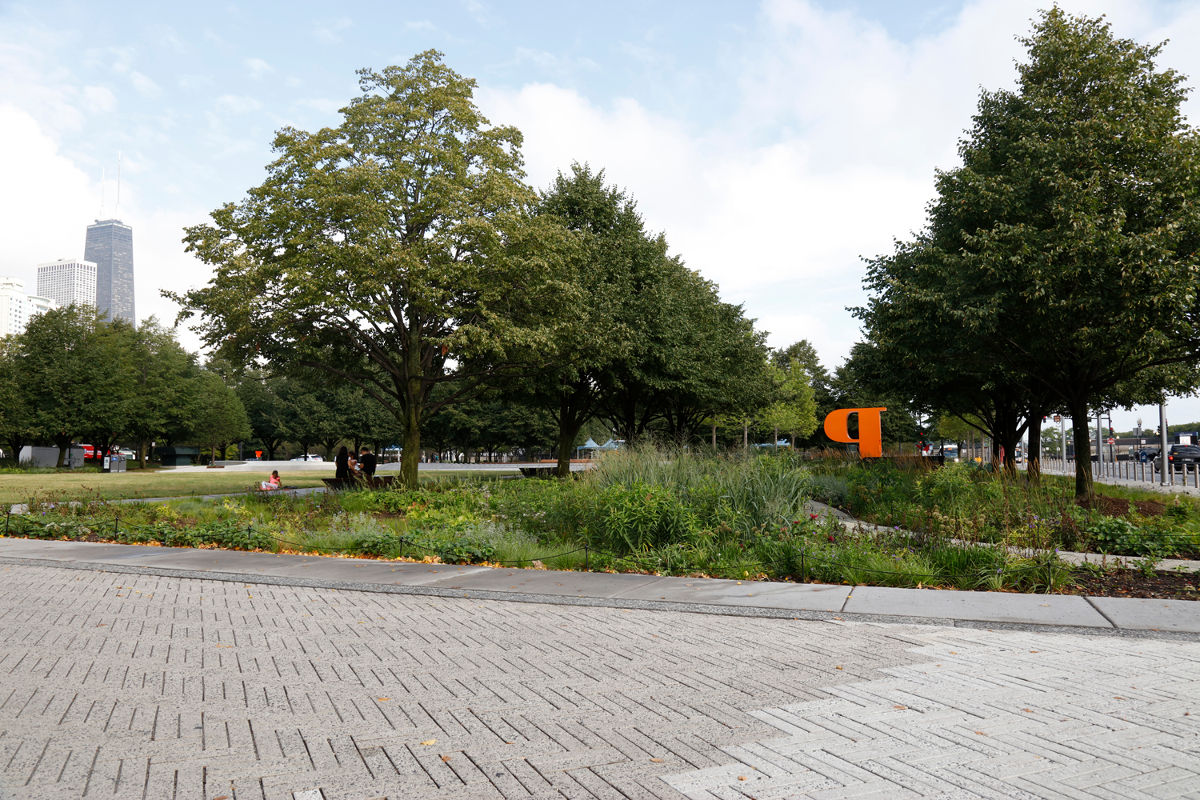 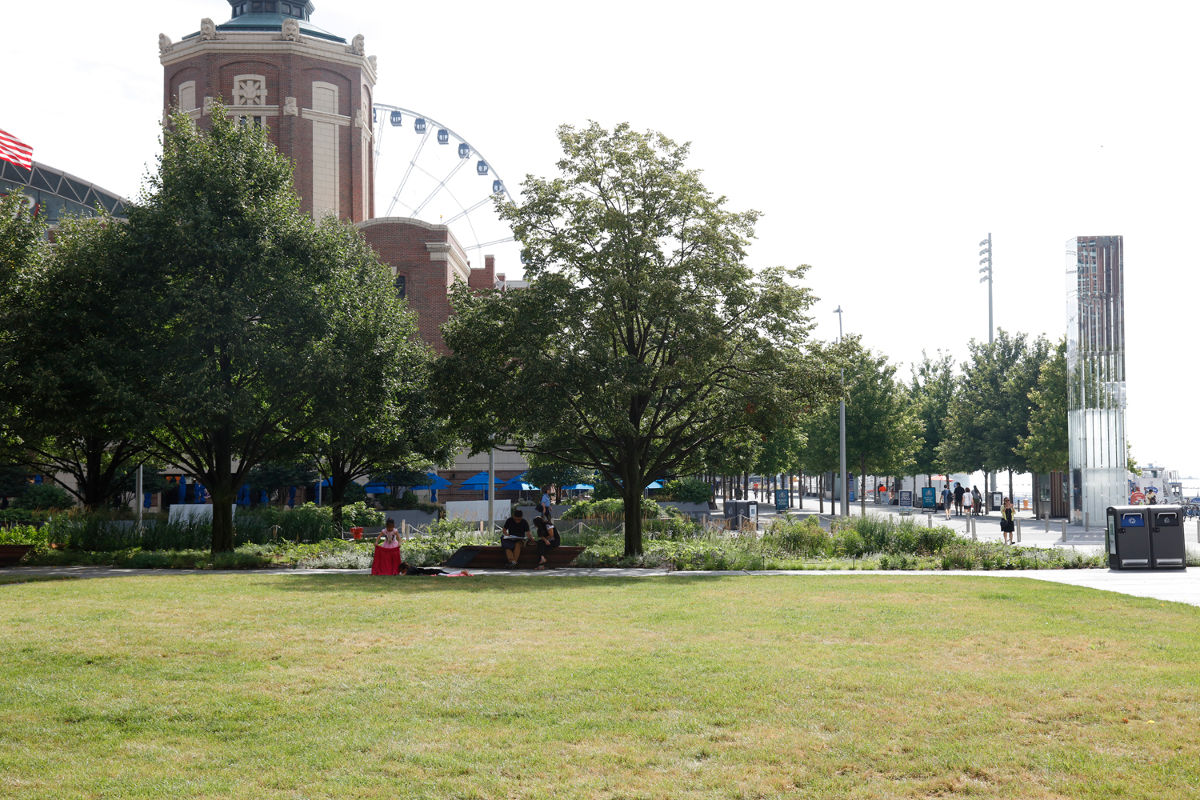 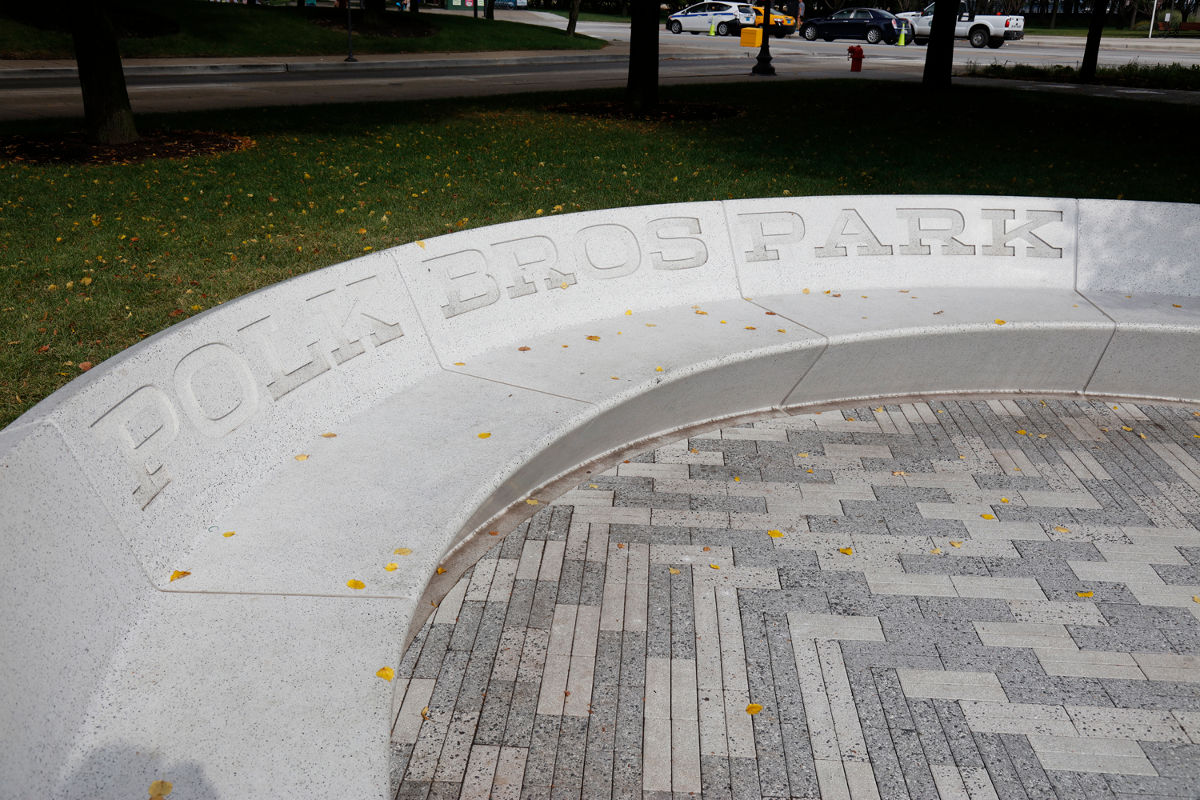 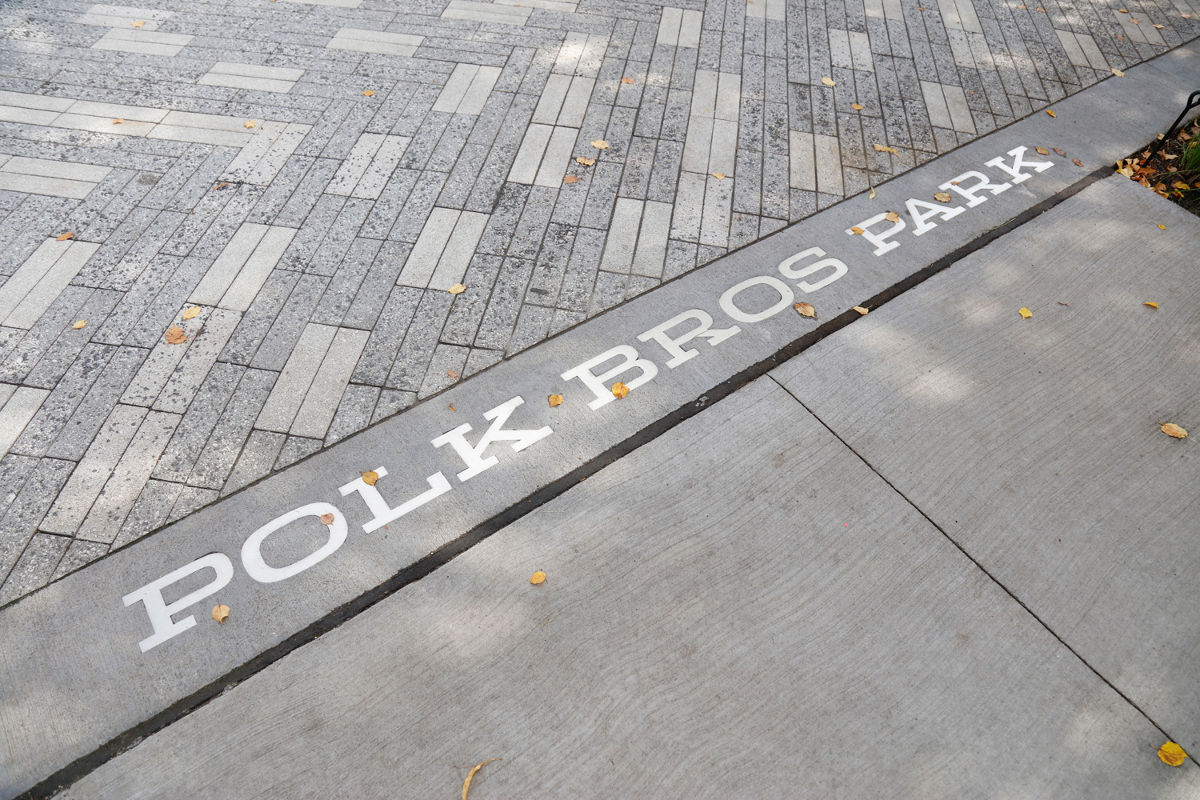 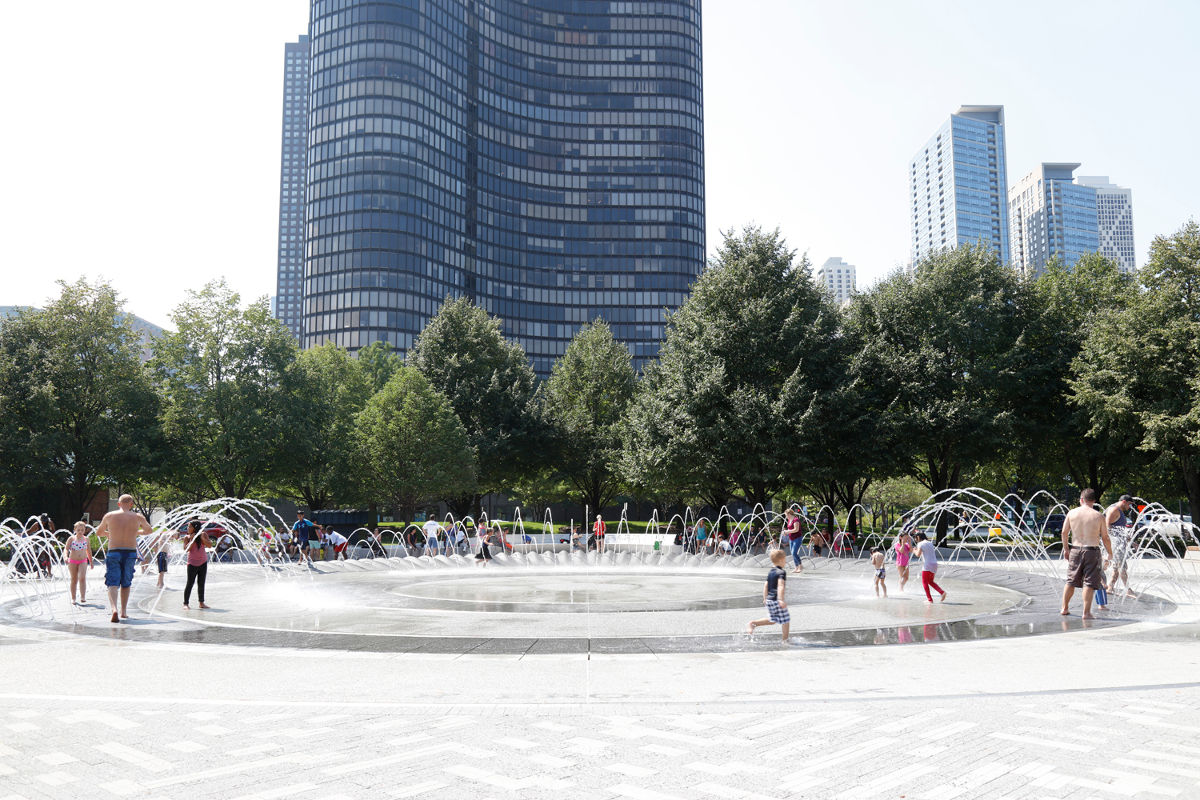 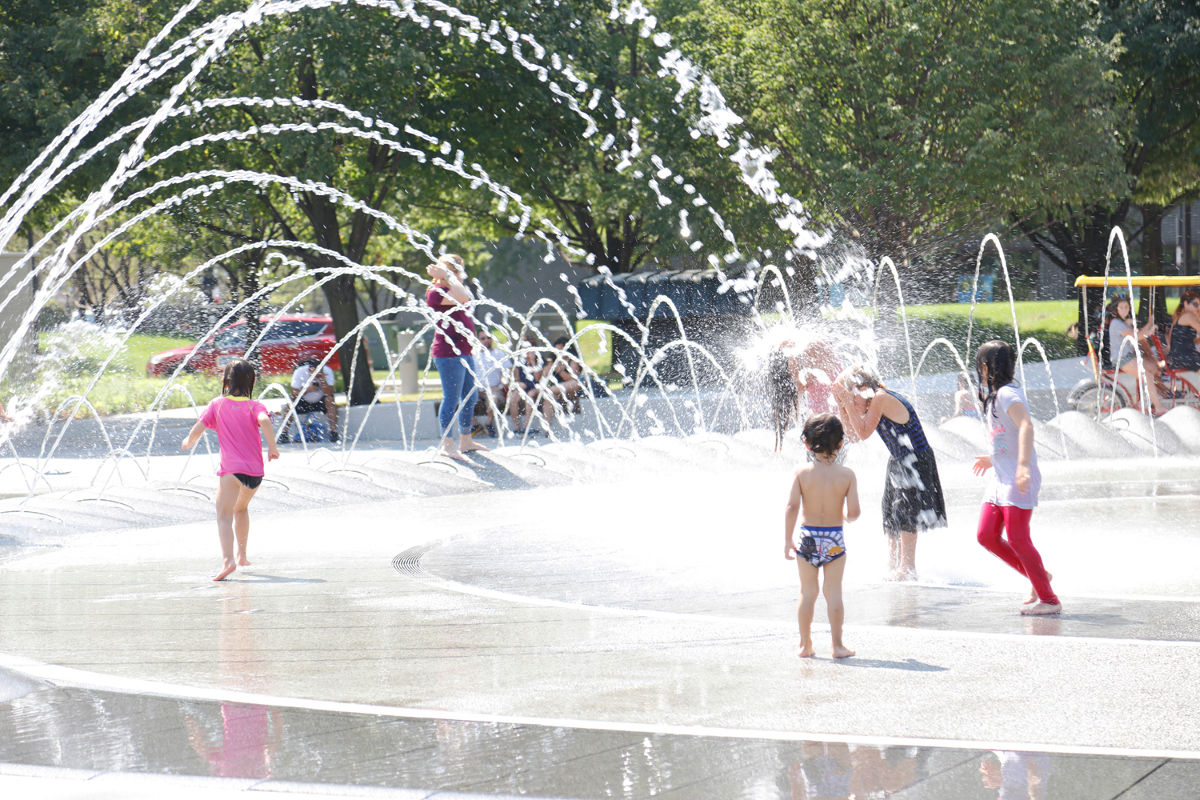 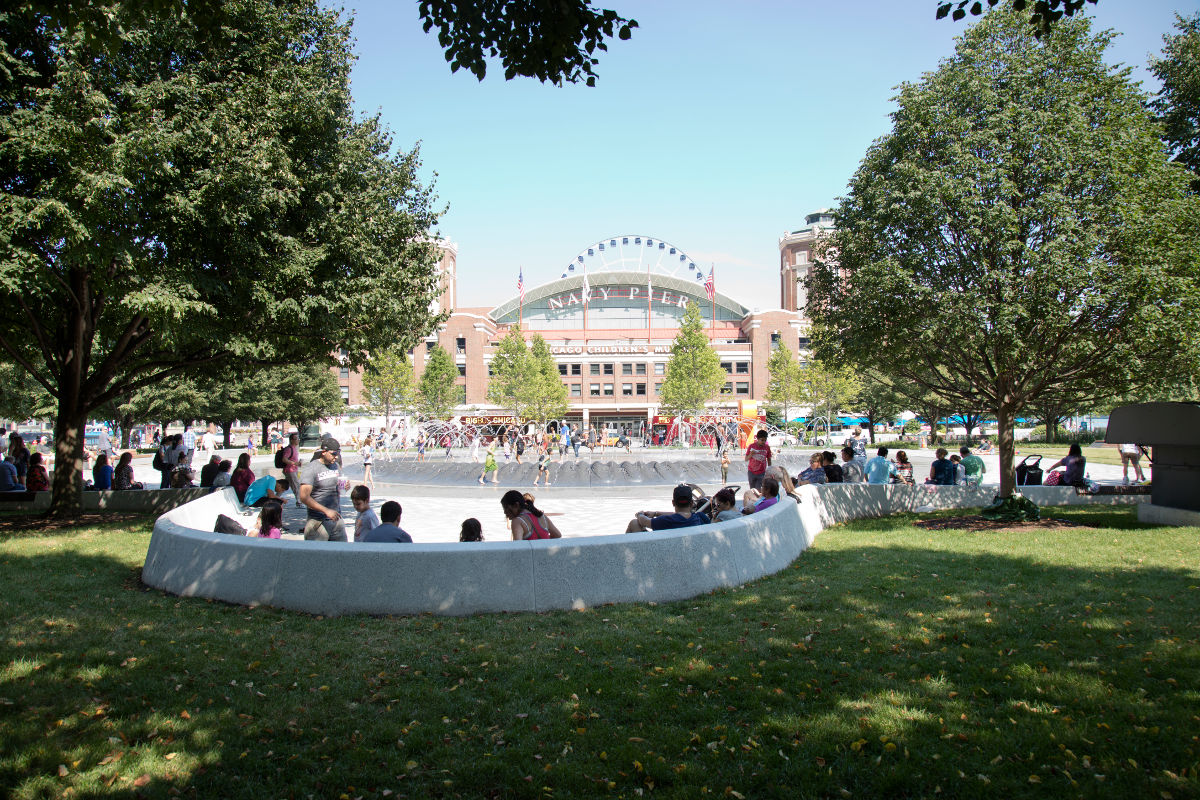 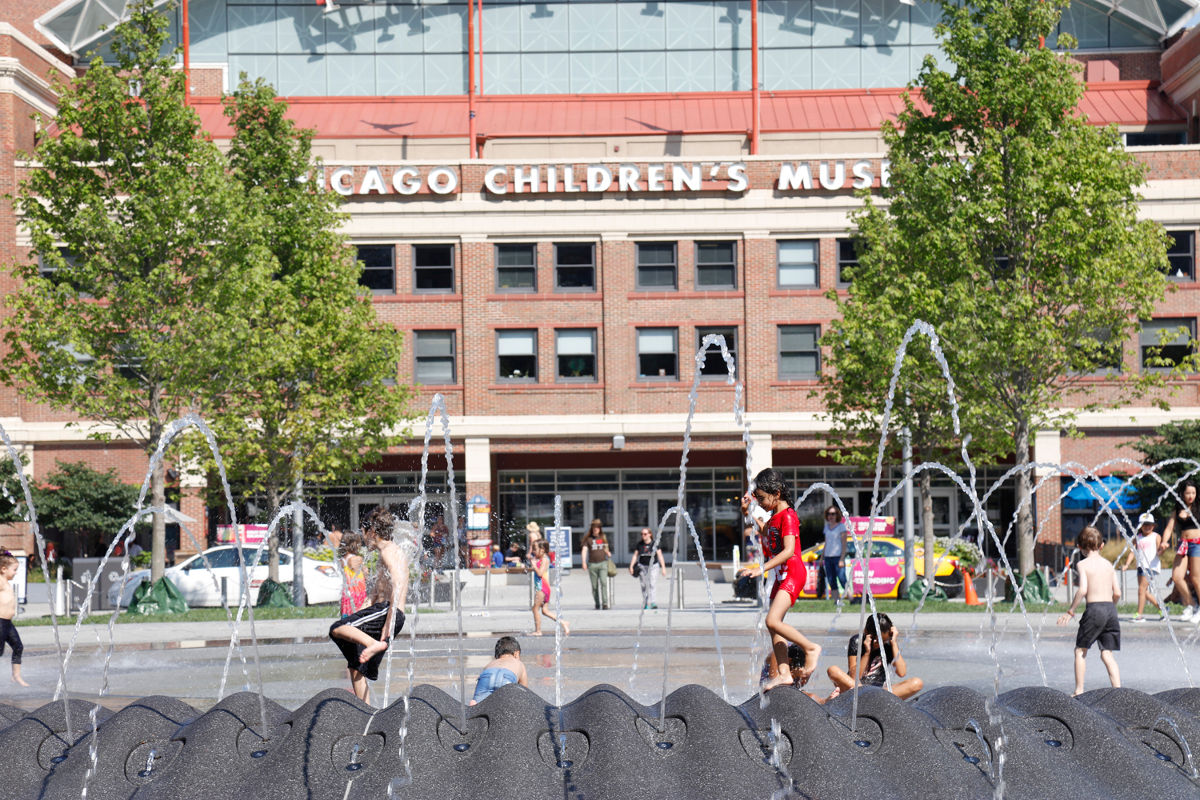 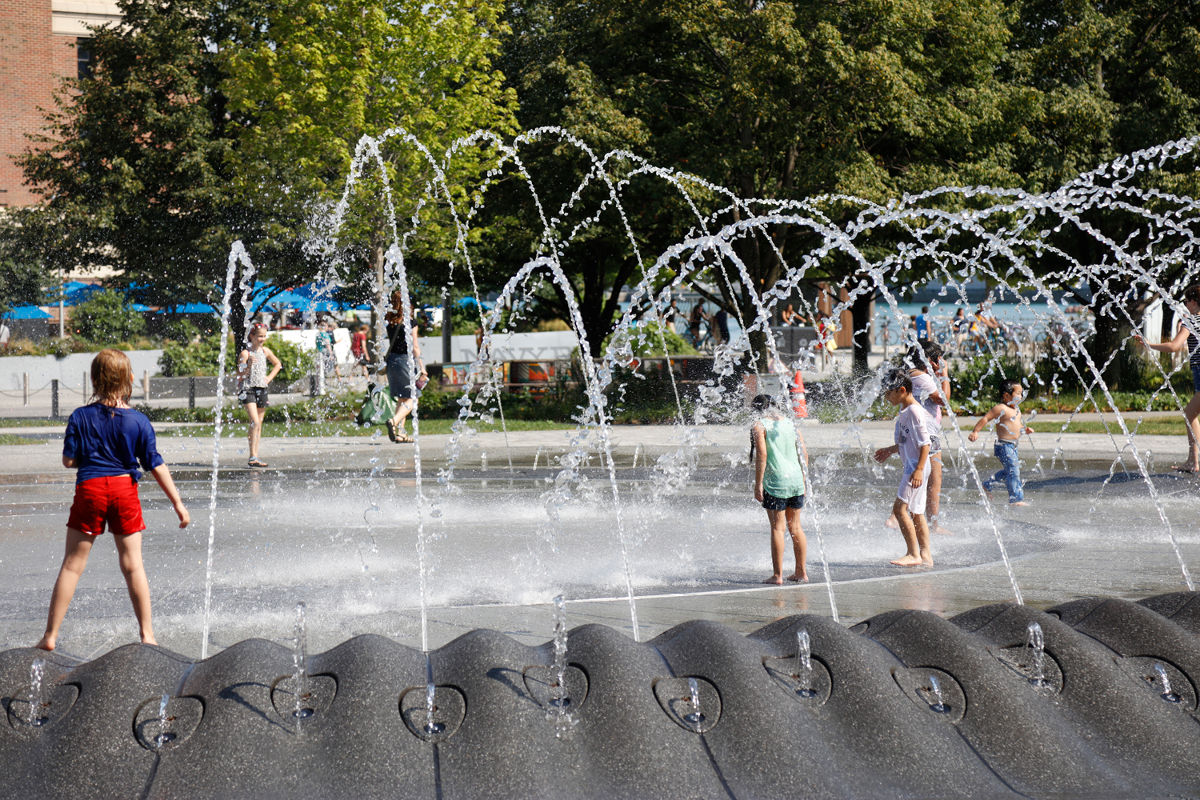 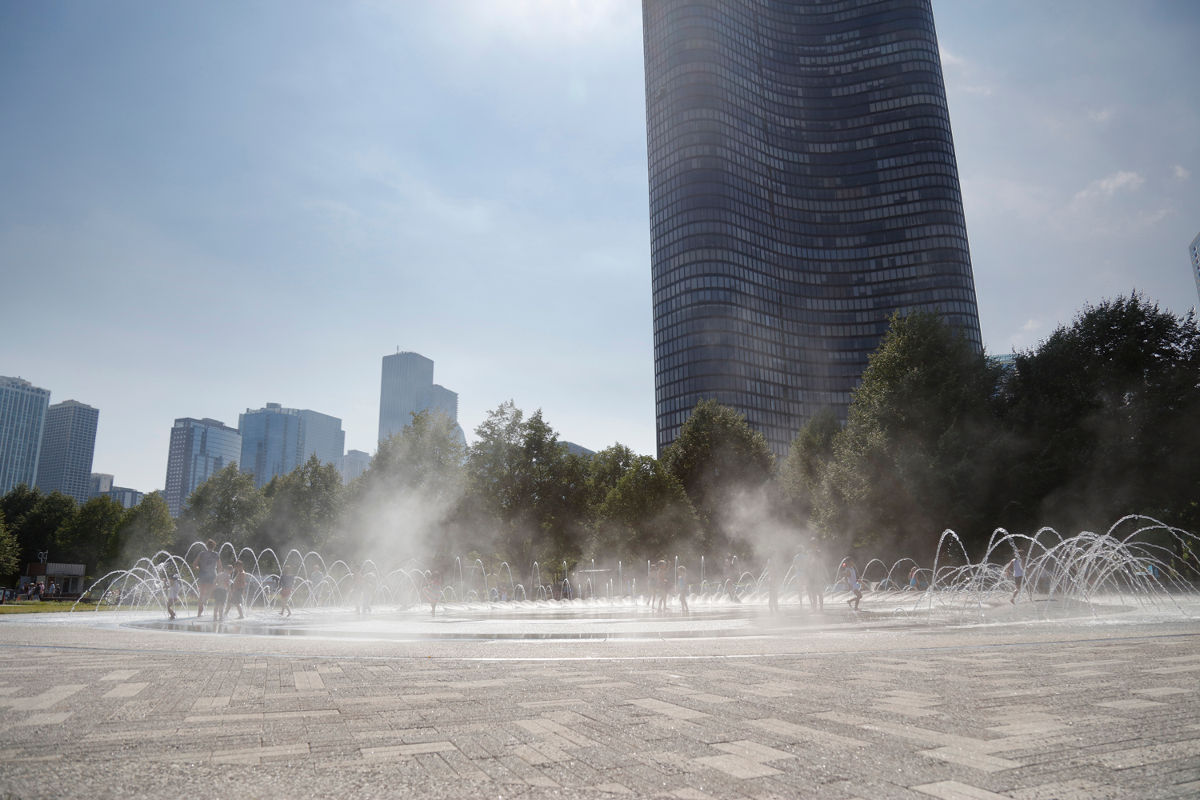 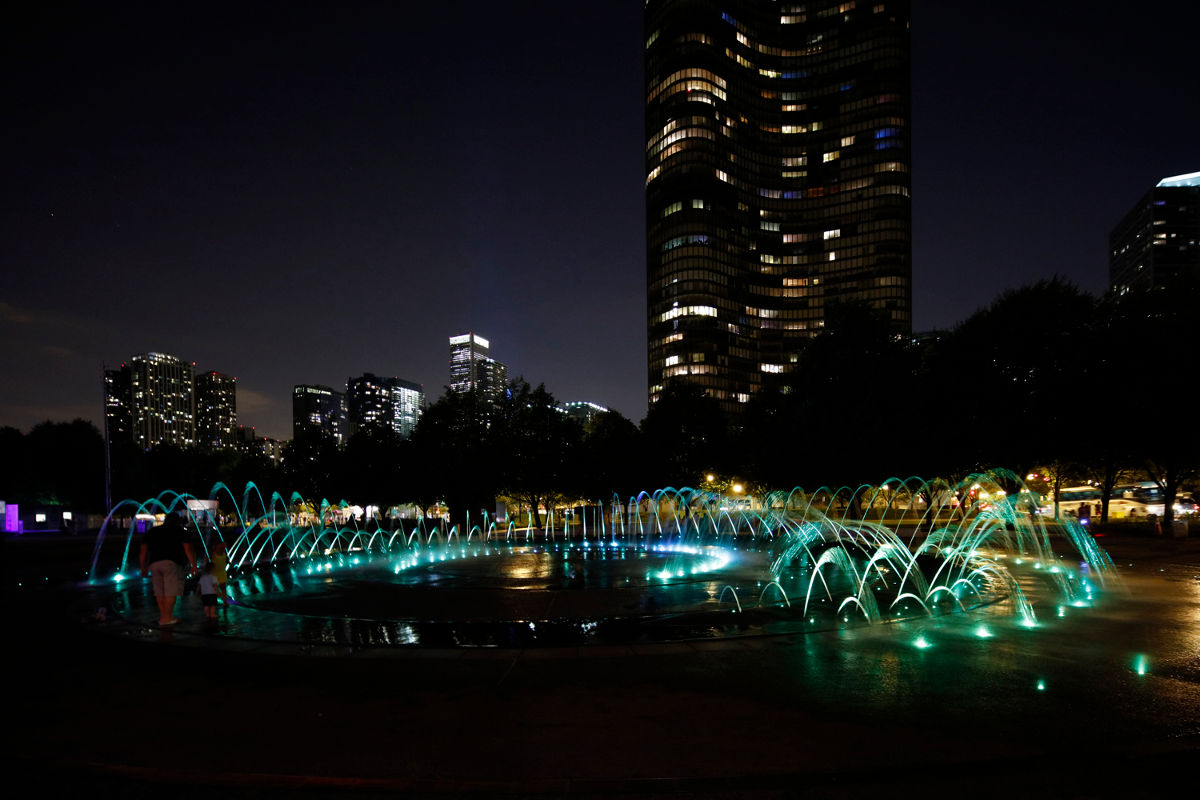 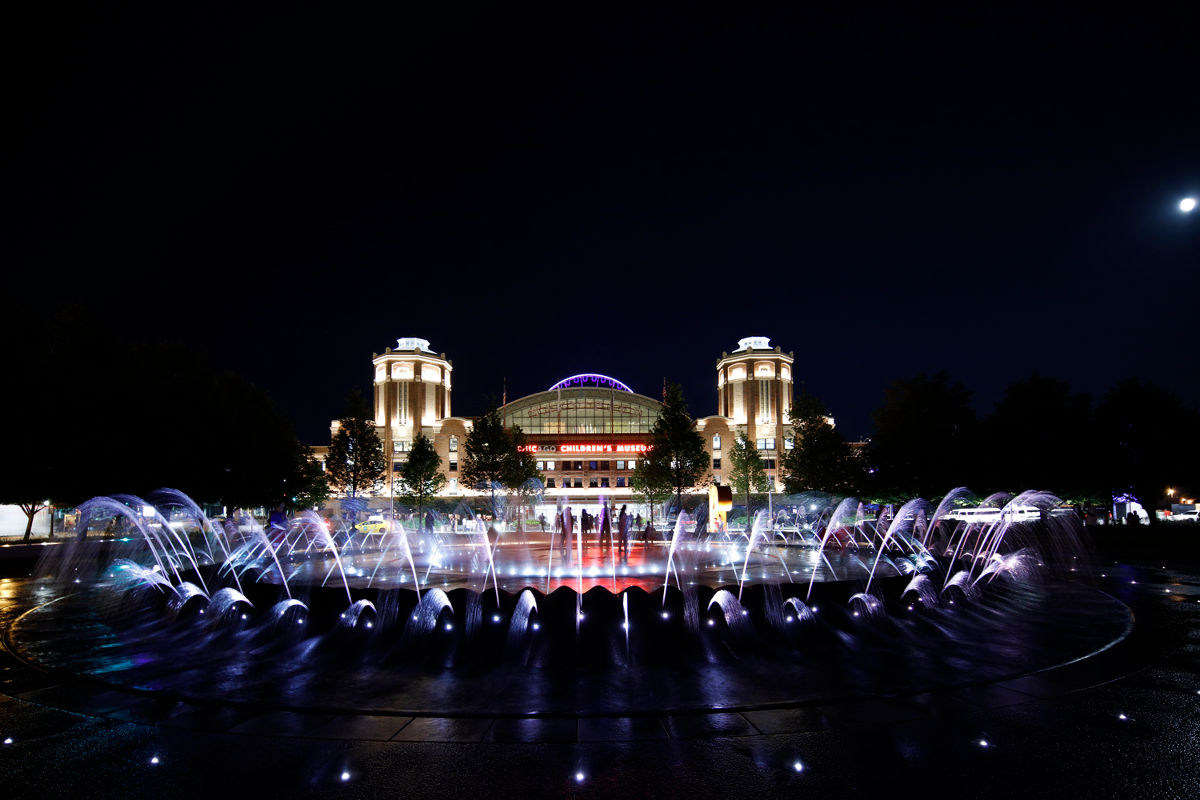 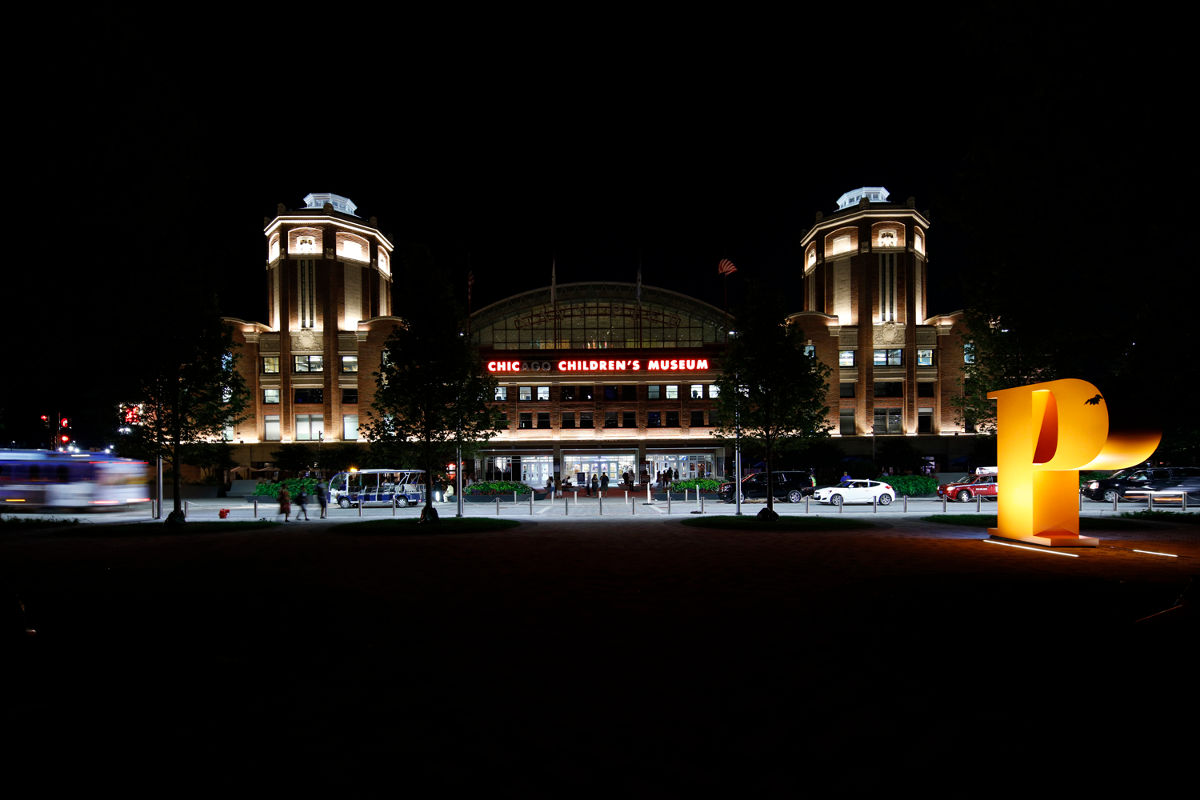 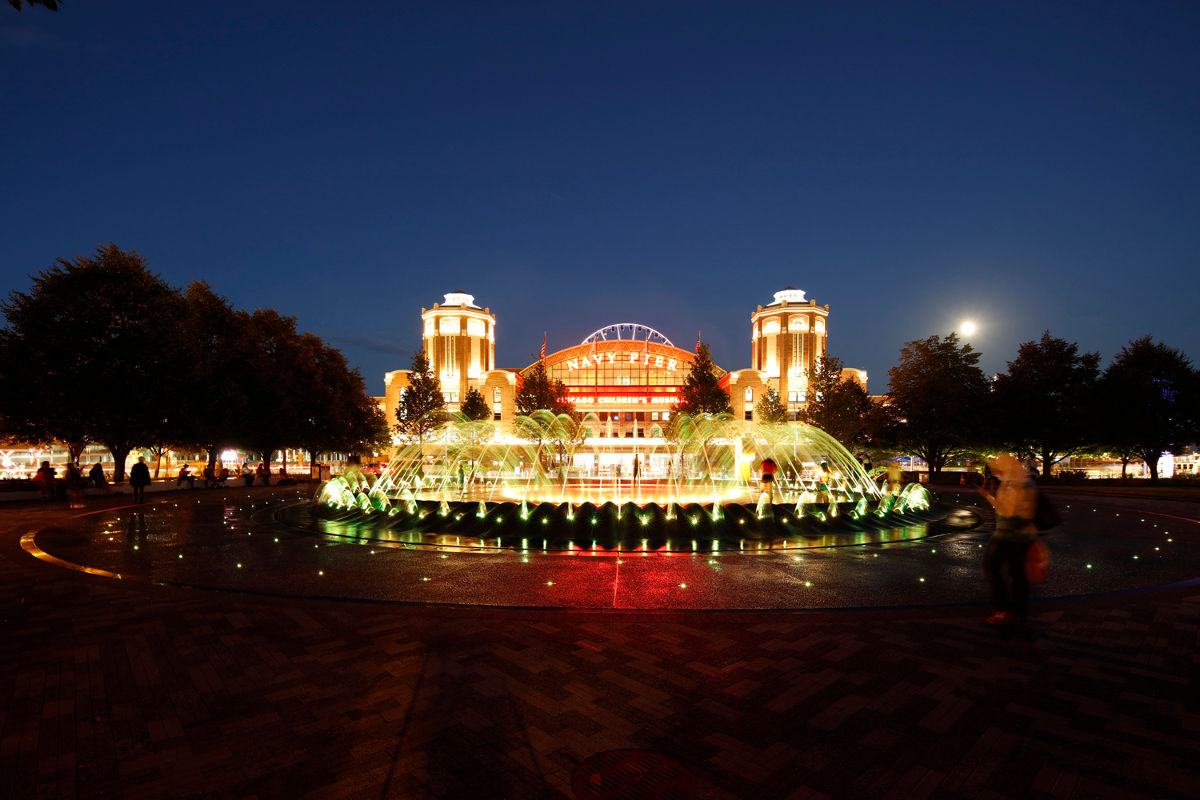 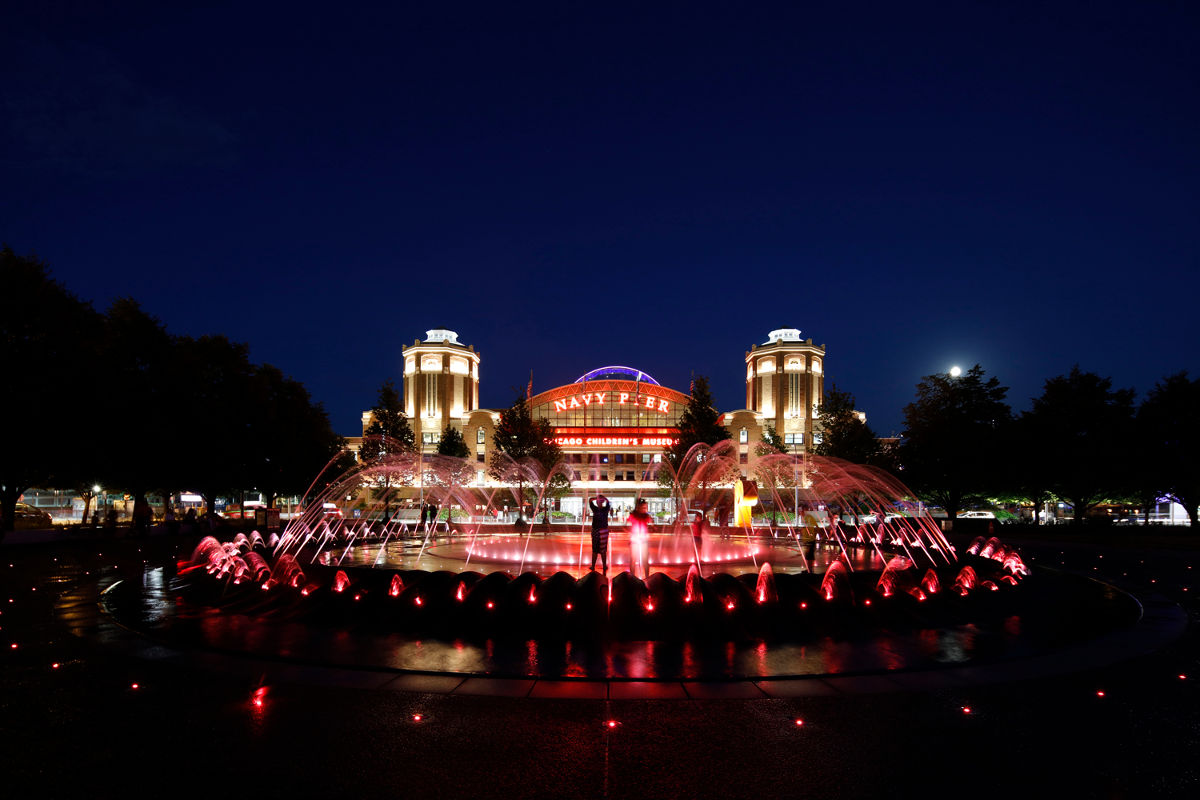 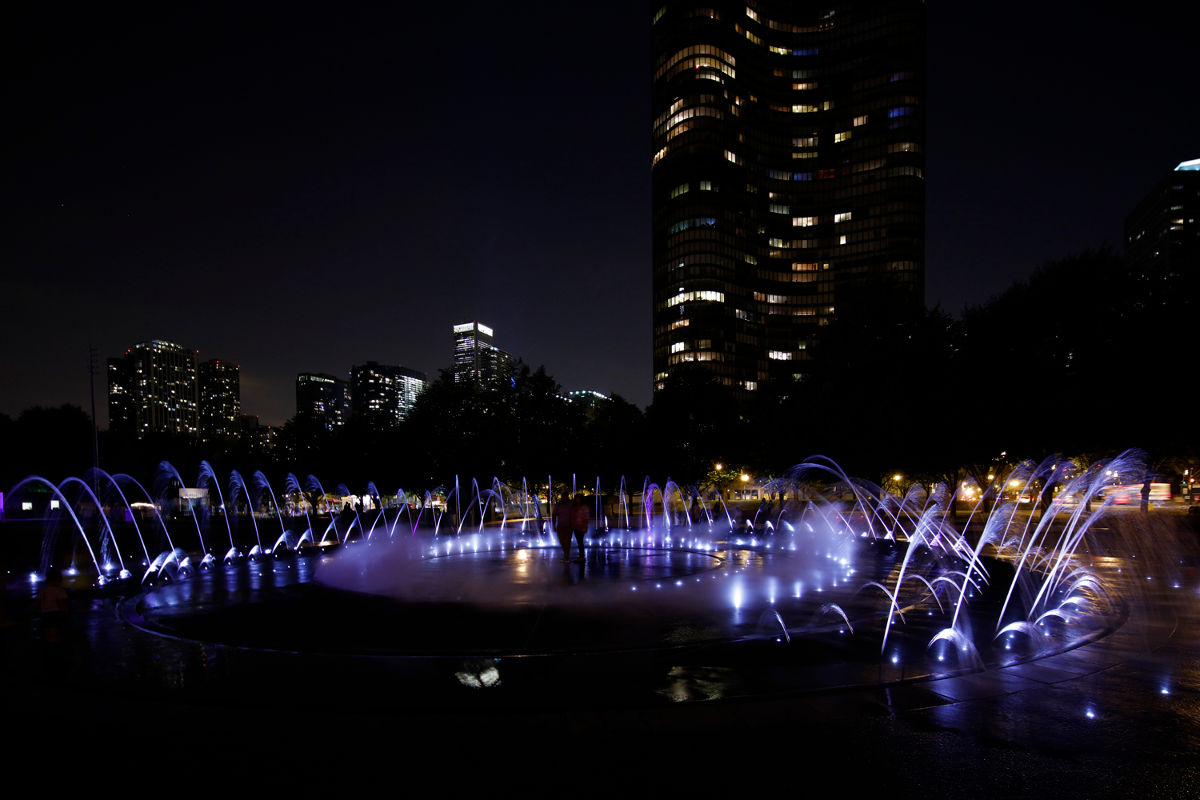 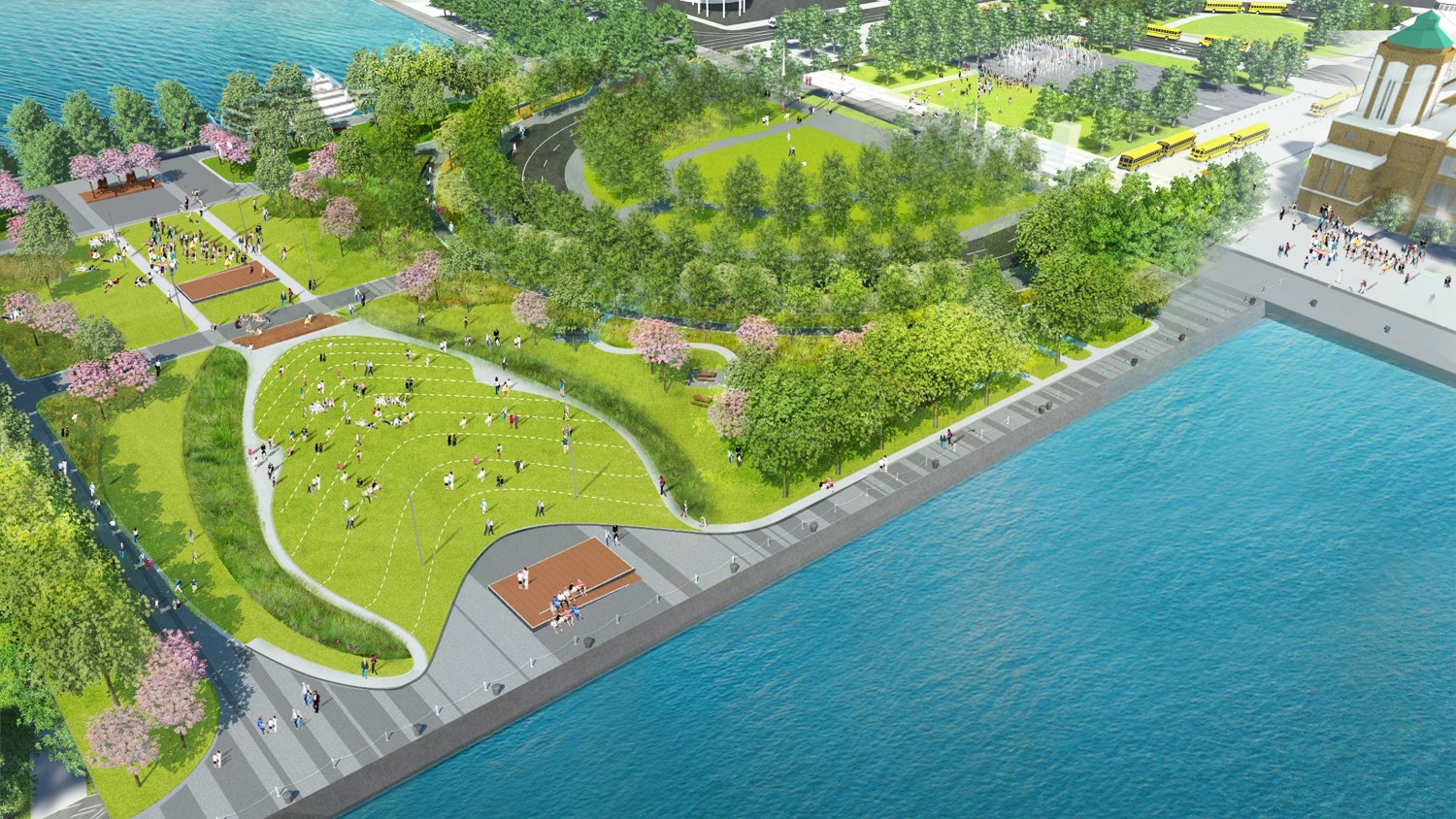 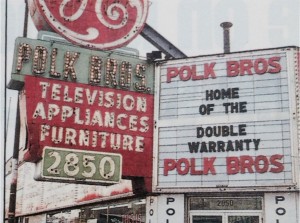 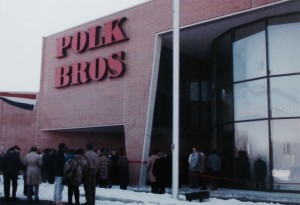 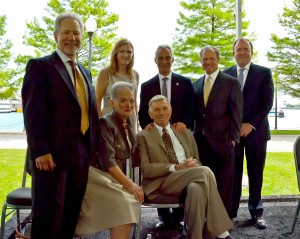 The Polk Family: A History of Chicago Commitment

The Polk family transformed Chicago when they blazed an innovative and enduring path in American retail selling furniture and large home appliances at affordable prices.

Sol Polk, son of Romanian immigrants, opened the first store in 1935 in the Portage Park neighborhood, and was soon joined by his brothers Sam, Harry, David and Morris, and sister Goldie, renaming the business Polk Bros in 1946. At its peak, there were 17 neighborhood-based stores, and Polk Bros became known for its discount prices and innovative merchandising.

The family’s commitment was not only demonstrated on the showroom floor, but also cultivated through a rich tradition of giving back to the people and communities their stores served. Polk Bros was the most successful Chicago retailer that never opened a store downtown, being committed to serving all Chicagoans throughout the city.

The Polk Bros. Foundation was founded in the mid-1950s as a vehicle to give back to Chicago communities. In 1988 the foundation was separated from the business and reestablished with a new board of directors consisting of family and non-family members. When the retail stores closed in 1992, the company transferred all of its assets into the Foundation.

One of the largest funders of Chicago nonprofit organizations, the Polk Bros. Foundation manages assets greater than $400 million and contributes $25 million annually to programs and initiatives designed to have a tangible impact on the lives of people throughout Chicago.

Although the Foundation is a private, independent organization, Polk family members remain actively involved, including Sandra Polk Guthman, who served as the Foundation’s president and CEO for nearly 20 years and continues as the Board chair; and Bruce Bachmann and Howard Polk who have also served on the Foundation Board since its beginning in 1988.

Nearly 80 years after the first store opened, the Polk family feels the time is right to provide a major family legacy gift – outside of and in addition to the annual Foundation grants – that would benefit Chicagoans from all walks of life and be a proud, lasting testament to the Polk family and its history of success and giving.