This popular and widely recognized Chicago restaurant/bar became famous when it served as inspiration for a Saturday Night Live skit featuring the late comic actor John Belushi. It is the fifth Billy Goat Tavern to open in the city, and Navy Pier Pier visitors are guaranteed to go away happy after ordering a “Cheezborger.”

The original Billy Goat Tavern location was “born” in 1934 when Greek immigrant, William “Billy Goat” Sianis, purchased the Lincoln Tavern. Billy Goat bought the tavern for $205, with a check that bounced but was later repaid with sales from the first weekend. The tavern was located across from the Chicago Stadium (now United Center) and attracted mainly sports fans. Sianis became known as “Billy Goat,” when a goat fell off a passing truck and wandered inside. Sianis adopted the goat, grew a goatee, acquired the nickname “Billy Goat,” and changed the name of the bar to the Billy Goat Tavern.

The Republican Convention came to town in 1944 and Billy Goat posted a sign saying, “No Republicans allowed.” This caused the tavern to be packed with Republicans demanding to be served, and led to local fame for the savvy Billy Goat, publicity stunt master.

Navy Pier is going to the dogs! Guests are invited to enjoy dog-friendly patios and cruises all summer long with select on-Pier partners.

This summer, Navy Pier is going to the dogs! Guests are invited to enjoy dog-friendly patios and cruises all summer long with select on-Pier partners.

Dogs are welcome all along Navy Pier’s South Dock, including the patio seating areas at select restaurants. Restaurants with dog-friendly patios include:

For more information, please use the links above to contact our participating restaurant partners.

Seadog Chicago offers Architecture Tours and Lakefront Tours departing from Navy Pier’s South Dock. Dogs are welcome aboard Seadog and cruise for FREE*! (All we ask is that pooches are leashed and friendly!)

Dogs are welcome on Shoreline Sightseeing’s regularly scheduled Architecture River Tours departing from Polk Bros Park at Navy Pier, and on our Classic Lake Tours departing from Dock Street at Navy Pier as well as on our Water Taxis at all stops on both River and Lake Routes. No charge for dogs, but we do ask they be on a leash and well behaved. For more information, please visit here or call 312-222-9328. 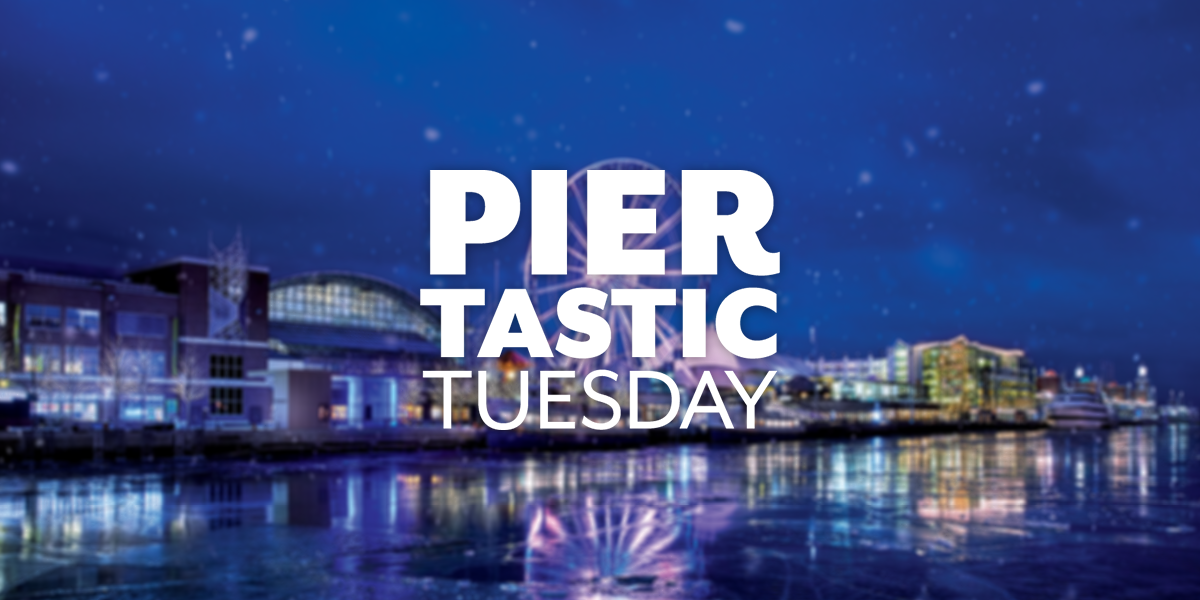 Visit the Pier every Tuesday during the summer to score PIERTASTIC special offers at select dining and retail establishments and Pier Park attractions.

Make Tuesdays a PIER-tastic one by visiting the Pier for non-stop fun! Every Tuesday, guests can take advantage of special Pier-wide offers at Pier Park, dining and retail establishments.

*Guest will be charged for the item of greater value.  Cannot be combined with any other offers.  One per table. Dine in Only. Must Mention Piertastic Tuesdays for the deal.  Menu items subject to change.

*Parking validated with a sticker from Navy Pier Guest Experience located at the Centennial Wheel Box Office or inside the Fifth Third Bank Family Pavilion.

Use #PiertasticTuesday to show us how you’re celebrating on the Pier and for a chance to get featured on our channels!